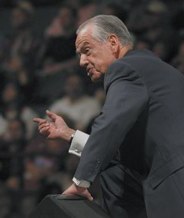 A talented author and speaker, Zig Ziglar has an appeal that transcends barriers of age, culture and occupation. Since 1970, he has traveled over five million miles across the world delivering powerful life improvement messages, cultivating the energy of change.

He has shared the platform with such distinguished Americans as Presidents Ford, Reagan and Bush, General Norman Schwarzkopf, Secretary of State Colin Powell, Dr. Norman Vincent Peale, Paul Harvey, Dr. Robert Schuller, plus numerous U.S. congressmen and governors. A well-known authority on complete and balanced success, Zig Ziglar has been recognized three times in the Congressional Record of the United States – for his work with youth in the drug war, and for his dedication to America and the free enterprise system.

In addition, Mr. Ziglar has written twenty-five celebrated books on personal growth, leadership, sales, faith, family and success, including See You at the Top, Raising Positive Kids in a Negative World, Top Performance, Courtship After Marriage, Over The Top and Secrets of Closing the Sale. Nine titles have been on the best seller lists; his books and tapes have been translated into over thirty-eight languages and dialects.

In 1998 Success For Dummies and Confessions of a Grieving Christian were released. Not long after that the 25th Anniversary Revised Edition of See You at the Top and Staying Up, Up, Up in a Down, Down World were released. His autobiography, ZIG, was published in July 2002, Conversations With My Dog in 2003, and his NEWEST book, God’s Way is Still the Best Way, has just been released!