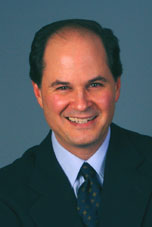 Matt began his career as a radio journalist, with his work featured on National Public Radio, the NBC Radio Network, and several other networks. His reporting earned national awards from the Society of Professional Journalists and United Press International.

Today, Matt is a personal finance writer and speaker. He has been quoted in U.S. News and World Report, the Chicago Tribune, and Kiplinger’s Personal Finance magazine, has written for ChristianityToday.com, writes two popular eNewsletters , and has been a guest on several nationally syndicated radio talk shows. His first book, Money, Purpose, Joy , was published by NavPress in September 2008.

Matt holds a master’s degree in interdisciplinary studies from DePaul University, where he wrote a thesis about the emergence of America’s consumer culture and its influence on people’s beliefs and behaviors.

Matt and his wife, Judy, live with their three young children in the Chicago area.