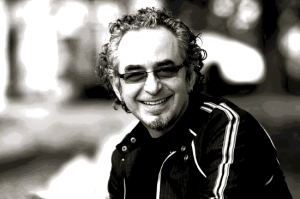 Editor’s Note: We welcome our friend Alan Hirsch today. Writing on a most poignant issue today for the Christian leader, Alan has agreed to share this “gem” with us. It will included in his foreword to Lance Ford’s new book Unleader. Thanks for sharing Alan!

I must admit to been increasingly concerned with the culture of celebrity that surrounds the adulation of many popular Christian leaders in the West.  Aside from the fake, contrived, “heroism” that is embodied in such forms of leadership, to my eyes it looks like it an illegitimate attempt to steal glory from Jesus Himself.  The celebrity is a mere slave to the crowd; he or she needs the crowd as much as they long for a celebrity.  But this is not Christian leadership; it is way too codependent, narcissistic, and emotionally parasitical to be viewed as an extension of genuine discipleship—adherence to Jesus.  Clearly Jesus himself, while willingly serving the people, was never subservient to the crass, consumeristic,  groupthink of the undiscipled crowd.  Neither were any of our great saints and heroes—Paul, Augustine, Patrick, Francis, Bonhoeffer, Martin Luther King.  It marks them off as different from the false heroisms of our day.

The second phrase in the Lord’s prayer affirms that God’s name (representing all that He is and signifies) is to be made holy (hallowed) through the obedient actions as His people in every arena of their lives. In other words in biblical worldview, God’s name is hallowed when I do things that cause others to honor and respect God and all that He is to the world.  To hallow the Name is therefore the highest ethical act we can do as believers….it is to bring glory to the One we love through the things that we do.  Its not hard to see that it lies at the heart of worship itself. Our lives must point beyond ourselves to that of the One we serve.  This is the very meaning of Christ-like-ness.  It also lies at the heart to the whole Biblical notion of being a witness. The quality of our lives do matter. In other words people read the message of our lives and God’s reputation is somehow bound up with them.

But implied in this call to hallow the Name is also the possibility of its opposite, what the rabbis call “blaspheming the Name”.   To blaspheme the Name of God is to distort its meaning in the world so that the character and purposes of God are thereby obscured, His glory veiled, and His name cursed by others because of what we as his witnesses do. Blasphemy inverts holiness and makes it inaccessible to others.  Our lives can therefore either hallow or blaspheme the Name. In short, it means bearing fundamentally false witness.  This is a justifiably a horror to all that love God truly.  Leaders, those people whose actions are amplified because of their influence on others, more than anything else are required to live a consistent life worthy of the Name they represent.  If they are not doing this, their acts distort (also in an amplified way) the nature and meaning of the Gospel itself.  God gets the blame when we get it wrong!

Viewed as such, Christian celebrity, especially in that ideological, primadonna-ish, spin-loaded,  cult of self that it embodies, distorts what Jesus essentially stands for and therefore amounts to false witness.  As someone who is involved in many of the forums that could so easily lend themselves to the cultivation of such celebrity, along with it’s false representation of leadership, I have to admit that I can discern in myself a slow but inexorable slide towards pride and conceit. I need to be constantly addressed by the Gospel, called to account by Lord and community, to repent and constantly surrender myself to the call to be an adoring follower of the He who won my salvation through culturally ignominious means—a life of suffering love and a death on cross.