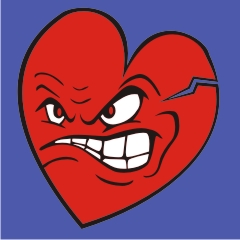 The hard-heartedness of Pharaoh refused to listen to his innermost circle of trusted advisors despite their unified agreement.

As we have already stated, pride creates deafness. Everyone else is wrong. I am the only one that is right. Despite the testimony of his advisors that this is the finger of God, Pharaoh would not listen to them. The plague of gnats came unannounced, so Pharaoh had no opportunity to acquiesce to the Lord’s will. However, when Moses returns for the next plague announcing flies, there is no recognition that Pharaoh even cares … until the devastation besets the nation. When the land was ruined by the swarms of flies, the King decides that the Israelis can indeed go. But, true to form, once the catastrophe was ended, Pharaoh’s pride kicked in and he changed him mind.

While many struggle with this whole scenario, we see it play out in the lives of people every day. Some go years and others decades resisting the pull and prodding of the Lord. They may be on your jobsite or in your family, but they exist all around us. As their kingdoms fall into greater devastation and the collapse of their worlds is imminent, these self-proclaimed gods of their own universes laugh at the warnings and interventions of the Almighty One. For those of us who know the Holy One of Israel personally, we know their destruction is certain, apart from repentance, which is doubtful by this point in their lives.

Against all hope, we pray and fast more, hoping for their turning to His mercy and grace.

How do you see it play out in your world?