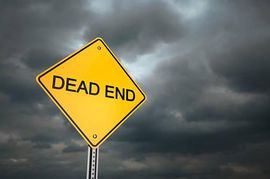 The hard-heartedness of Pharaoh and the Egyptians realized too late that the Lord fought against them to their total destruction.

As the God who is able (Romans 4:21) acts, horror finally sinks into reason. The Lord fights for them against the Egyptians. This is the turning point in this epic battle that has been waging across the weeks in Egypt. Too late the reality of the gravity of their situation swamps them as the chariots fall apart and the walls of water fall upon them. Such is the end of that generation’s greatest enemy and the real beginning of the journey to the Promised Land.

Such knowledge is too wonderful for theory. It is the stuff of experience. It is the grit of discipleship. It is the grease of godliness. Is it your lifestyle?