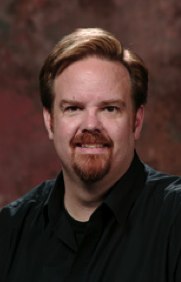 We welcome Ed Stetzer to Eagles In Leadership with his poignant guest column today. Ed first posted this blog Monday December 21, 2009 at his blog and he has graciously allowed us to reprint it here.

Ed Stetzer is LifeWay’s director of LifeWay Research and missiologist in residence. Before coming to LifeWay in June 2007, Stetzer served as the senior director of the Center for Missional Research at the North American Mission Board (NAMB) for nearly nine years.

Stetzer holds a doctor of philosophy degree from The Southern Baptist Theological Seminary and a doctor of ministry degree from Beeson Divinity School, as well as two master’s degrees and a bachelor’s degree. He has planted churches, served as a pastor and helped revitalize churches in four states.

The author of multiple books for B&H Publishing Group including Breaking the Missional Code, Comeback Churches: How 300 Churches Turned Around and How Yours Can Too, and Lost and Found: The Younger Unchurched and the Churches that Reach Them, Stetzer is recognized as an authority on evangelism and church planting.

He and his wife, Donna, have three children.

Stetzer holds a doctor of philosophy degree from The Southern Baptist Theological Seminary and a doctor of ministry degree from Beeson Divinity School, as well as two master’s degrees and a bachelor’s degree. He has planted churches, served as a pastor and helped revitalize churches in four states.

The author of multiple books for B&H Publishing Group including Breaking the Missional Code, Comeback Churches: How 300 Churches Turned Around and How Yours Can Too, and Lost and Found: The Younger Unchurched and the Churches that Reach Them, Stetzer is recognized as an authority on evangelism and church planting.

He and his wife, Donna, have three children.

The Barna Group has just released four themes they see from their research in 2009. Read the excerpts below, check out the full article here, and come back to discuss.

Theme 1: Increasingly, Americans are more interested in faith and spirituality than in Christianity.
“Faith remains a hot topic in America these days,” George Barna commented, expanding on the theme. “Politicians, athletes, cultural philosophers, teachers, entertainers, musicians – nearly everyone has something to say about faith, religion, spirituality, morality, and belief these days. But as the fundamental values and assumptions of our nation continue to shift, so do our ideas about faith and spirituality. Many of our basic assumptions are no longer firm or predictable.

“Our studies consistently demonstrate – as explained in unChristian, the book by my colleague, David Kinnaman – that being a Christian or associating with the Christian faith is not as attractive to Americans as it used to be…

Some of the related survey results Barna cited from this year’s studies included:

Theme 2: Faith in the American context is now individual and customized. Americans are comfortable with an altered spiritual experience as long as they can participate in the shaping of that faith experience.

“Now that we are comfortable with the idea of being spiritual as opposed to devoutly Christian,” Barna pointed out, “Americans typically draw from a broad treasury of moral, spiritual and ethical sources of thought to concoct a uniquely personal brand of faith. Feeling freed from the boundaries established by the Christian faith, and immersed in a postmodern society which revels in participation, personal expression, satisfying relationships, and authentic experiences, we become our own unchallenged spiritual authorities, defining truth and reality as we see fit.”

Some of the survey findings that related to this theme included:

Theme 3: Biblical literacy is neither a current reality nor a goal in the U.S.

Barna’s findings related to Bible knowledge and application indicate that little progress, if any, is being made toward assisting people to become more biblically literate.

“Bible reading has become the religious equivalent of sound-bite journalism. When people read from the Bible they typically open it, read a brief passage without much regard for the context, and consider the primary thought or feeling that the passage provided. If they are comfortable with it, they accept it; otherwise, they deem it interesting but irrelevant to their life, and move on. There is shockingly little growth evident in people’s understanding of the fundamental themes of the scriptures and amazingly little interest in deepening their knowledge and application of biblical principles.

Some of the survey-based results that led Barna to his conclusions included the following:

Theme 4: Effective and periodic measurement of spirituality – conducted personally or through a church – is not common at this time and it is not likely to become common in the near future.

“There are two levels on which evaluation of where we stand spiritually can take place,” noted the California-based author. “There can be external measurement, such as that conducted by pastors, teachers, coaches or peers, and there can be self-evaluation. At the moment, we’re seeing very little of either form of review related to a person’s spiritual condition.

“Not surprisingly,” he continued, “our research found that a majority of churchgoing adults are uncertain as to what their church would define as a ‘healthy, spiritually mature follower of Christ’ and they were no more likely to have personally developed a clear notion of such a life.

“It may well be that spiritual evaluation is so uncommon because people fear that the results might suggest the need for different growth strategies or for more aggressive engagement in the growth process. No matter what the underlying reason is, the bottom line among both the clergy and laity was indifference toward their acknowledged lack of evaluation. That suggests there is not likely to be much change in this dimension in the immediate future. In other words, as we examine the discipleship landscape, what we see is what we get – and what we will keep getting for some time.”

So, as you read through the themes that have come through Barna’s research, what do you think the good news and bad news is for the church in America? Share your thoughts in the comments.