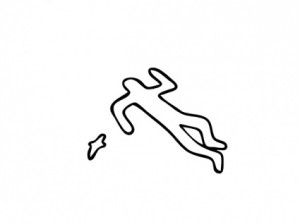 If you have been in ministry for more than 6 months, you are aware that not everyone wants to “follow the leader.” Agendas and motives can be self-centered, and, when acted upon, often bring hurt and harm to the people of God.

David, Israel’s most godly king experienced the agony of rebellion by his own son! Absalom worked a four-year conspiracy against his father and stole the kingdom away from this older man of God.

From the early days of the experience, we can learn the warning signs of the crafty conspirator so that we can act and avert the destruction of our leadership and the tearing apart of God’s ministry.

The back-story: Absalom harbored resentment against his father for not dealing swiftly and promptly against the rapist of his sister Tamar – his own half-brother Amnon! After two years of resentment against David’s inaction, Absalom takes matters into his own hands kills Amnon. Then he flees the country.  When he finally returns, David won’t see him for another two years.

When David finally sees him, Absalom’s resentment turns into an action plan of conspiracy and rebellion to replace David, his own father, as King of Israel. Note the warning signs …

1. Acts important before the people he wishes to sway (2 Sam 15.1) David’s first clue should have been the inordinate prominence Absalom was bringing to himself. Conspirators want the people of God to think they are key leaders in the organization.

2. Takes the place of prominence reserved for the leader (2 Sam 15.2) Absalom sat in the gate, the place of the leaders in his day. He wasn’t a leader; he was a murderer. Conspirators usurp positions of leadership by any rationale necessary.

3. Engages the disgruntled amiably (2 Sam 15.2) Absalom needed allies, and the easiest place to get them was from the disgruntled. The “little guy” needs a hero. Conspirators love to talk about “all the people” who are upset about things in the ministry.

4. Validates the complainers claims (2 Sam 15.3) In order to sway people and get them to like you, you have to agree with them. Conspirators lift the complainer’s criticisms to a high status, thus deepening their connection to the disgruntled.

5. Seeks the leader’s position openly, publicly (2 Sam 15.4) Here’s where Absalom shined. He offhandedly complained that no one could take care of his “friends” just complaints and wished out loud that he could help them. Conspirators sow the seeds of rebellion in the hearts of the disgruntled under the guise of compassion and concern.

6. Embraces the complainers as valued friends (2 Sam 15.5-6) Now Absalom’s plan comes full circle. The rebellious traitor shuns the self-importance he created! Conspirators want the hearts of those they are seducing to feel as if they are all equals and in this together.

7. Persists in conspiracy until the plan is realized (2 Sam 15.7) Absalom knew this would take time, and so he stayed at this plan for four years! Leaders who fail to see what the conspirator is doing in their midst for years are simply out of touch with their organization!

8. Lies to leader to accomplish rebellion (2 Sam 15.7-9) Absalom is now ready to spring the trap he has carefully cultivated for four years. And so, he goes to his father and lies about his intentions, under the cover of spirituality. Conspirators often mask their true intentions under the pretense of some spiritual duty to God.

9. Calls complainer friends secretly to join the rebellion (2 Sam 15.10) As he springs the traitorous trap, he secretly calls all those whom he has groomed for this moment for a “secret meeting” without the key leader present. Conspirators crown themselves in secret and start the mutiny officially in some secret meeting with their loyal band of the disgruntled.

10. Dupes the innocent to feign validity to claims (2 Sam 15.11) In order to gain a broad public support, Absalom even grows confident enough to invite 200 carefully selected guests who were innocent of rebellion. Conspirators know which individuals in the organization are easily manipulated so they can seem to have greater support than they really do.

11. Rides the momentum of a growing conspiracy to its conclusion (2 Sam 15.12) And so the momentum takes over. Absalom now lets his inner circle of conspirators spread the word that “regime change” is in order and point to those who support the change, here the 200 innocent. Conspirators love the “domino effect.” They trust their plans and their cronies to evangelize for them until they are placed in power in the organization.

The sad truth in this true accounting is that David was oblivious to this who process. As a leader, you must be “out and about,” walking among the people daily or you abdicate your leadership and fall prey to the conspirators that exist in every organization (Matthew 13:24-30).

Those are my thoughts. I would love to hear yours!

Do You Have Your Copy of Growing Missional Leaders Yet?

Growing Missional Leaders is a practical, passionate, Biblical mentoring journey for individuals, small groups, leadership teams and congregations who desire to win their world for Christ. We believe that believers hungering to reach their world for Christ will be energized by this passionate call to fulfill Christ’s Gospel and the invigorating manner in which their thought processes will be stretched to God-sized proportions.

What “Growing Missional Leaders” is all about …

Matthew Smith, pastor of multi-ethnic and multi-generational churches in urban, suburban and rural communities from Miami to Los Angeles, presents twenty-four Biblical strategies to invigorate and facilitate Christianity’s marching orders  – the Great Commission – in your community.

Growing Missional Leaders is a practical, passionate, Biblical mentoring journey for individuals, small groups, leadership teams and congregations who desire to win their world for Christ. Readers will appreciate the enthusiastic and Spirit-filled hope God provides as Matthew …

Believers hungering to reach their world for Christ will be energized by this passionate call to fulfill Christ’s Gospel and the invigorating manner in which their thought processes will be stretched to God-sized proportions.

You can order your copy at Amazon.